A children’s choir gave a touching rendition of Christmas favourites on the Gold Coast this morning – and it was all for a very important cause. 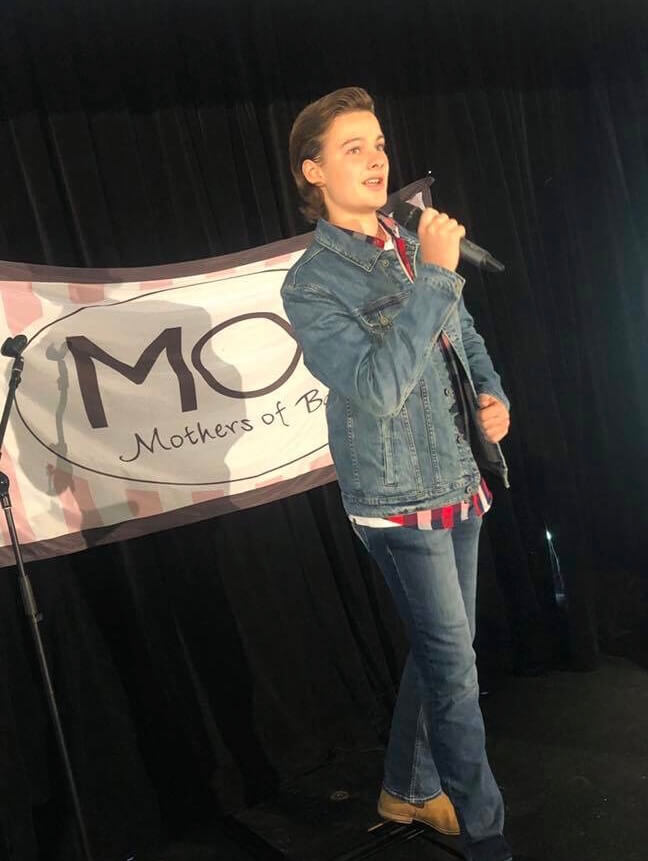 Performing At A Mothers Of Boys Event Raising Funds For Rural Aid And Our Farmers. 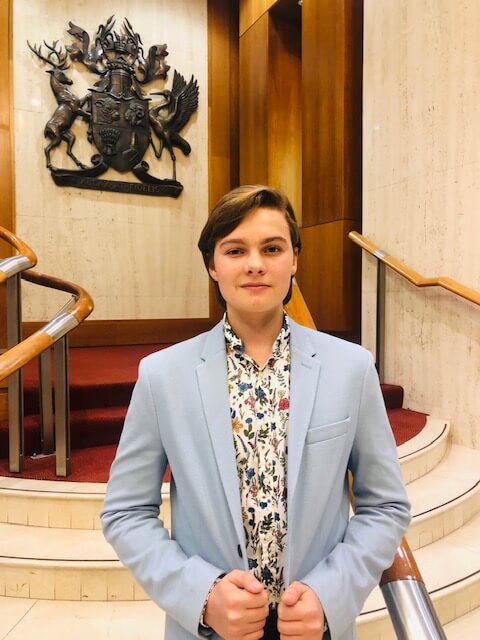 Luke Receives The Highest Mark In Qld For His Drama And Performance Exam For The Fourth Time And Receives His Award At Parliament House. 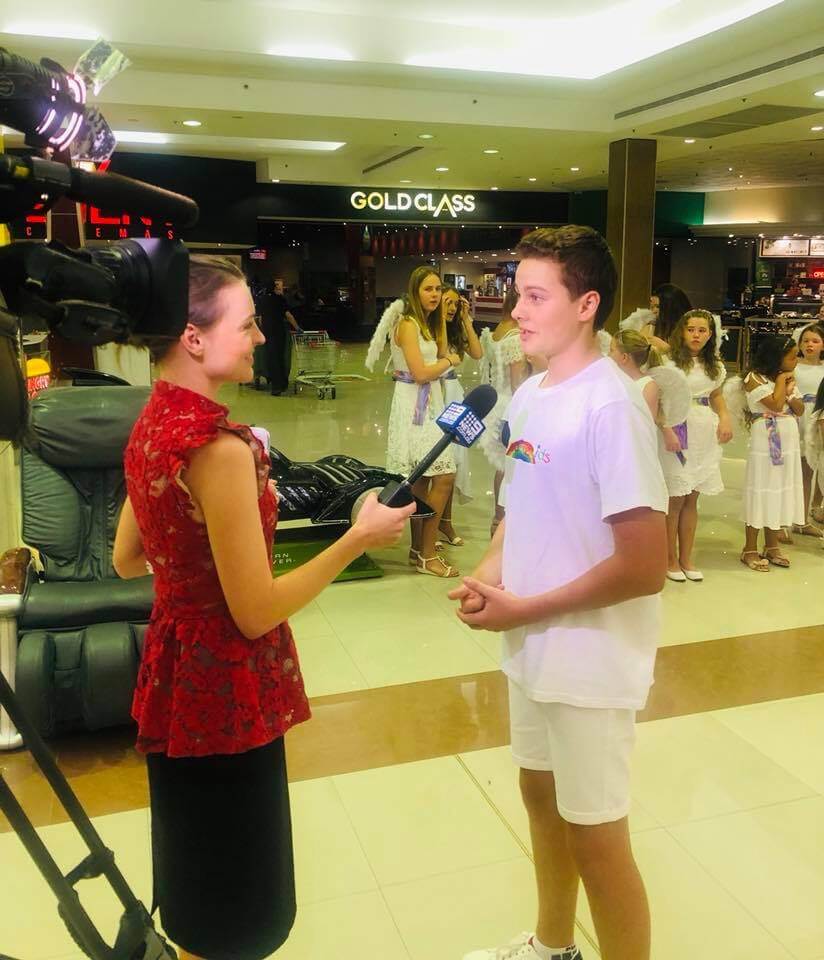 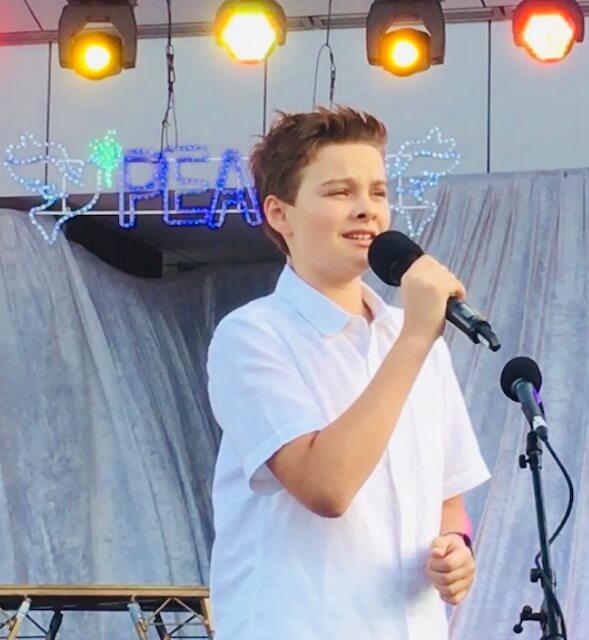 IT won’t be a silent night when vocal powerhouses Kate Ceberano and Anthony Callea headline this years’ Mayor Christmas Carols at the Southport Broadwater Parklands.

“We’re in for another stellar year, with a bumper crowd expected,” he said.

The Mayor’s Christmas Carols presented by Mercedes-Benz is regarded as the premier Christmas event on the Gold Coast. For the seventh year running, this FREE event will be held from 2pm on Saturday 1 December at Broadwater Parklands.

Mayor Tom Tate along with elves and angels, get into a giant snowglobe by Fun World to get into the spirit. Left to right they are, Georgia Ogge 13, Samara Stewart, Mayor Tome Tate, Sid Mathur and Ayla Flynn 12. Picture: Glenn Hampson

“We’ve got singing superstars Kate Ceberano and Anthony Callea headlining this year, along with some great local talent and of course a visit from Santa himself.

“It’s a great night out for the whole family and this year certainly won’t disappoint. “We hope to see everyone there.”

The headline acts will be supported by local singer Lisa Hunt and the Coast’s own a cappella trio The Lions Den, alongside an impressive cast of young talent.

Young up and coming performer and All Saints Anglican College student Luke Harrison, 14, will perform with the Paradise Kids Choir and will sing a few solo numbers as the choir opens the show.

Luke’s mum Maria Harrison said her son had just finished recording music in America and was looking forward to performing in front of a local crowd.

“We can’t wait to watch the carols, it’s going to be a fantastic evening, we are so proud of Luke.”

Luke Harrison (pictured) will sing solo and as part of the Paradise Kids Angel Choir at the Mayors Christmas Carols on December 1.

Performer Luke said he was honoured to open the Gold Coast Mayors Carols.

“I’m excited to get the Gold Coast into the Spirit of Christmas,” he said.

“I have been performing from a young age. I feel very comfortable on stage or in front of a camera.

“I guess I feel it’s where I belong, where I feel complete.

“One of my goals is to touch lives throughout the world with my music and performing, I want to make a difference.”

The annual Mayors Christmas Carols is at the Broadwater Parklands on December 1 from 5pm with kids activities starting from 2pm and a fireworks display at 9pm.

Luke talks to 4CRB Radio about his Commonwealth Games Experience 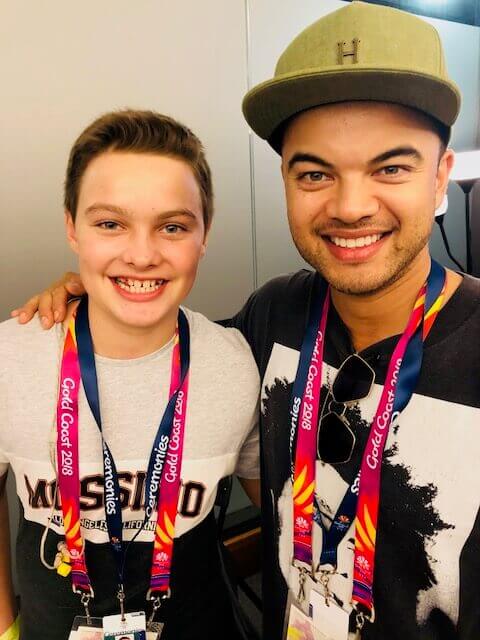 Luke catches up and shares his Commonwealth Games Experience with Vision Radio.